This Halloween no-bake white chocolate cheesecake has the pretty colours of halloween and a taste to match. 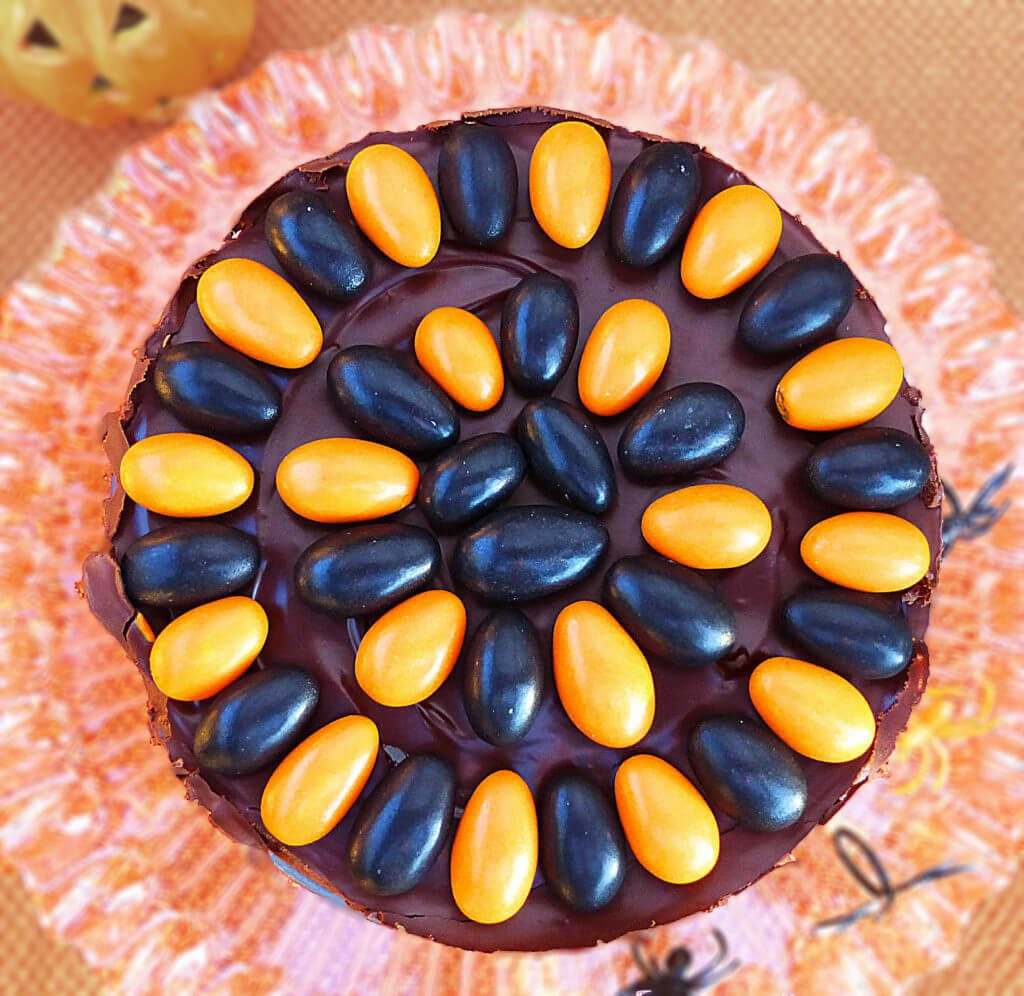 Often, when you come up with a totally new, pretty much off the bat recipe, you don’t really know how it is going to turn out. I am not so bothered when it is a cupcake or cookie, but when I plan something a little special, like this Halloween-inspired extravaganza, I get a little nervous, not only when making it, but showing it to others.

Sometimes new recipes work, other times, not so much (or not like you’d planned in your head, anyway). Like this dessert. Pretty much everything seemed to fail before my eyes, and at one point, I did consider slinging it in the bin. 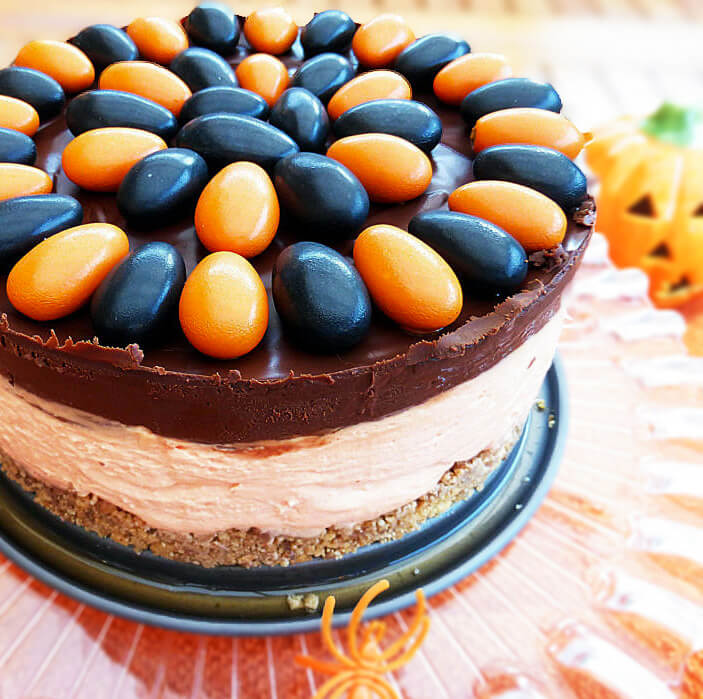 So, what was wrong with it? Well, the middle was squidgy in comparison to the harder ganache, so although it melts in your mouth, it didn’t cut amazingly well (put it this way: the slices will never win a beauty pageant). The colour of the filling was supposed to match the orange of the candy on top when as you can see, it is a pale peach colour. I used too much ganache and it was much thicker than I had anticipated. The base was supposed to be as dark as the black candy I used. Yep. Total failure. 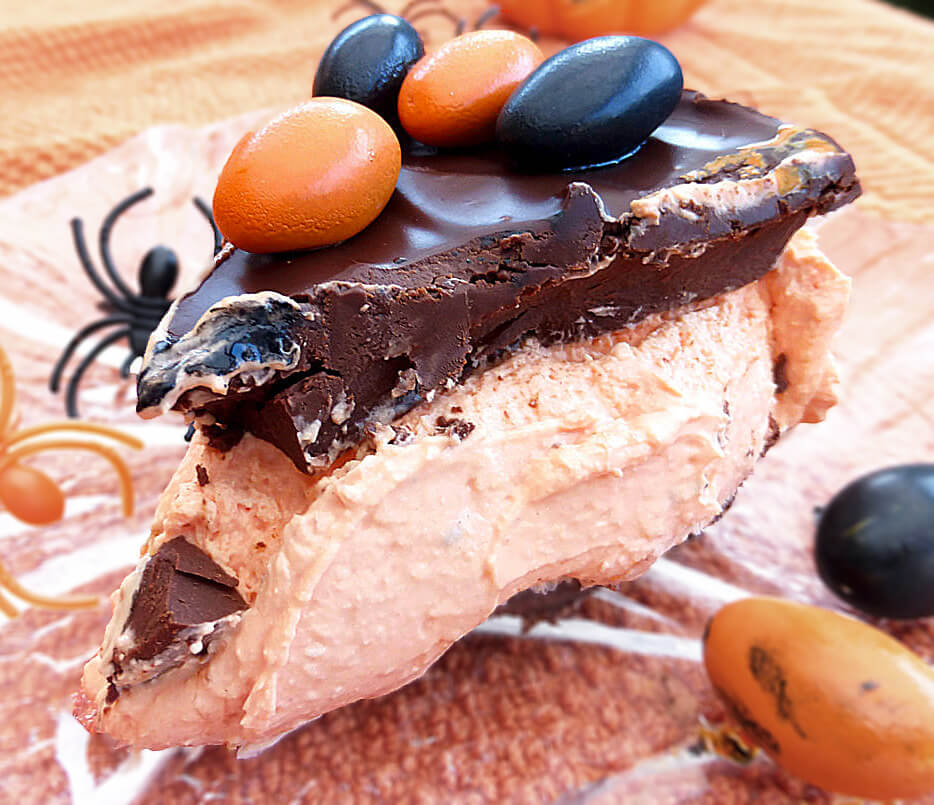 But you know what? My disappointment didn’t last long – one bite was all it took. Who cares about superficial beauty, or things being less than perfect, as long as it tastes good?

As mentioned, I used way too much ganache – if you don’t want as much, just half the chocolate and the cream. You might also want to add a little honey or sugar if you prefer your chocolate sweeter. I topped my dessert with Halloween-coloured candied almonds, but you could use any sweets (or none at all, if you prefer).

I attempted to make my filling orange by using a combination of red and yellow food colouring, and although it is a pretty shade, it most certainly isn’t orange. Feel free to omit it (it does nothing to affect the taste of the dessert). The dessert was enough to feed six adults (you don’t need a lot). 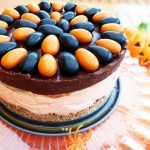 If you love desserts, check out these other cheesecake recipes: