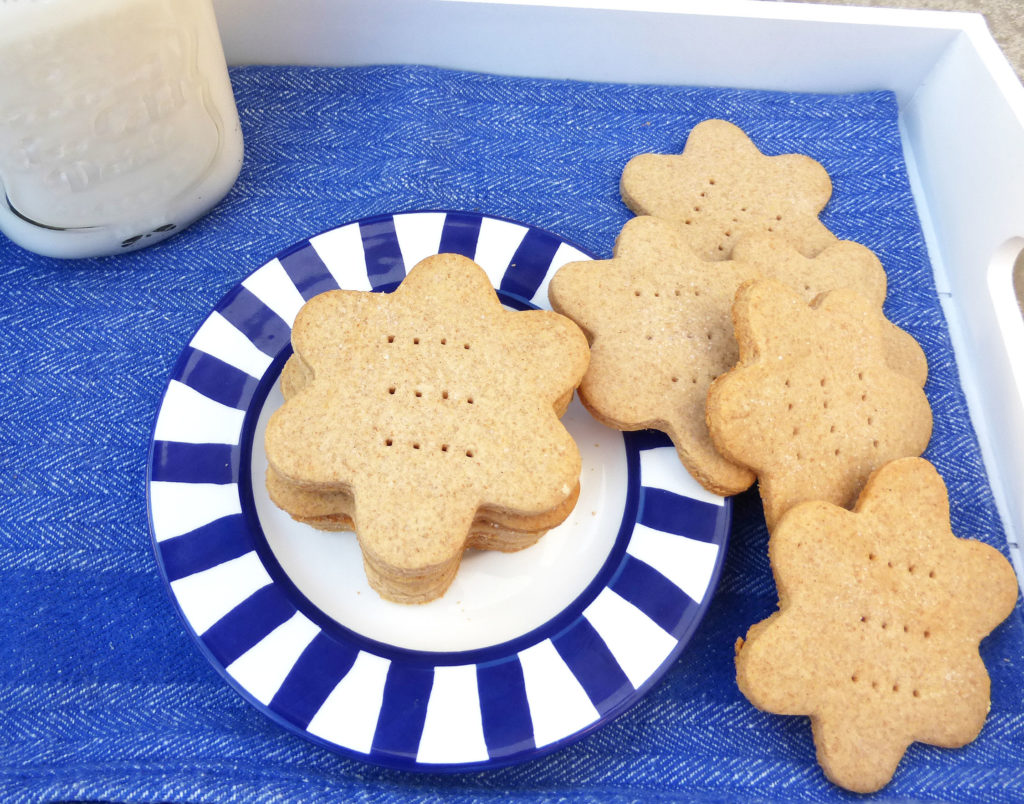 Before I start, I need to ‘fess up. Previous to making these cookies, what I knew about Graham crackers could have been written on a postage stamp. I did know they were similar to our British Digestive biscuit and I did know they were an integral ingredient for S’mores.

I also noticed that they are usually rectangle or square, but square is soooo boring, so I declare that from now on, Graham crackers should be flower-shaped. Only kidding – make them whatever shape you fancy! 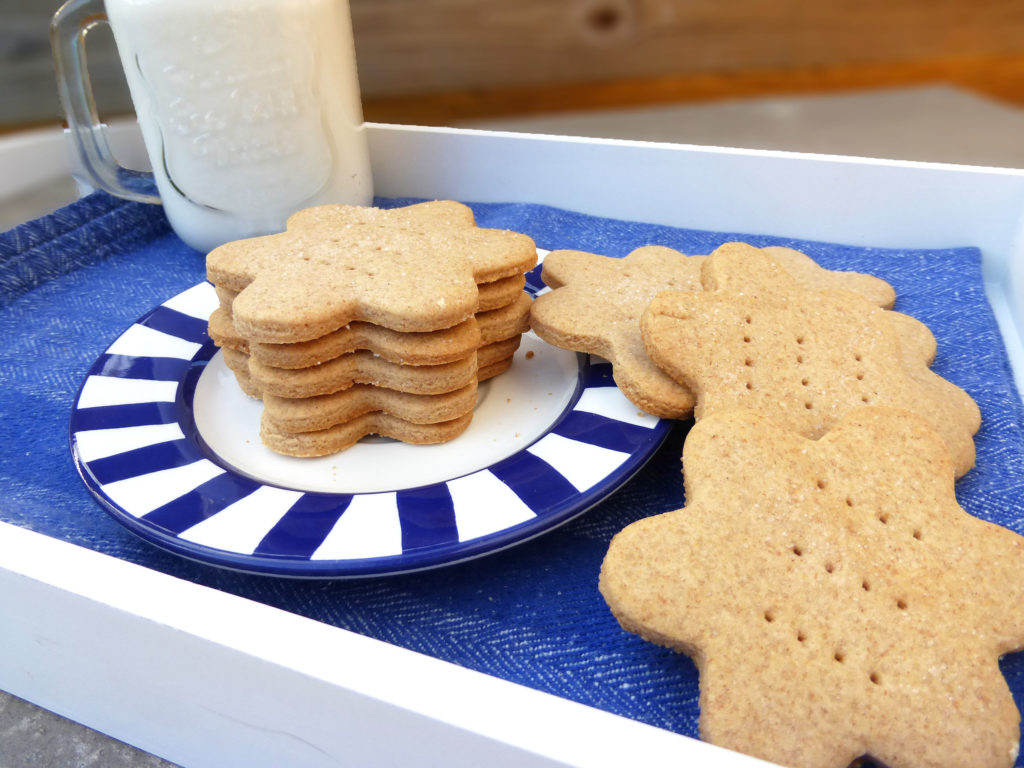 I decided to make Graham crackers for two reasons: one, I needed some to go with the two S’mores-themed recipes I’d made (doughnuts and cupcakes) ; and two, I was curious to try them.

They are often likened to Digestives, as mentioned, but I have to say that although the texture is similar, the taste is a little different. For starters, Digestives have no cinnamon in them (to my knowledge, anyway), but I can definitely see why the two are used interchangeably for things like cheesecake crusts. 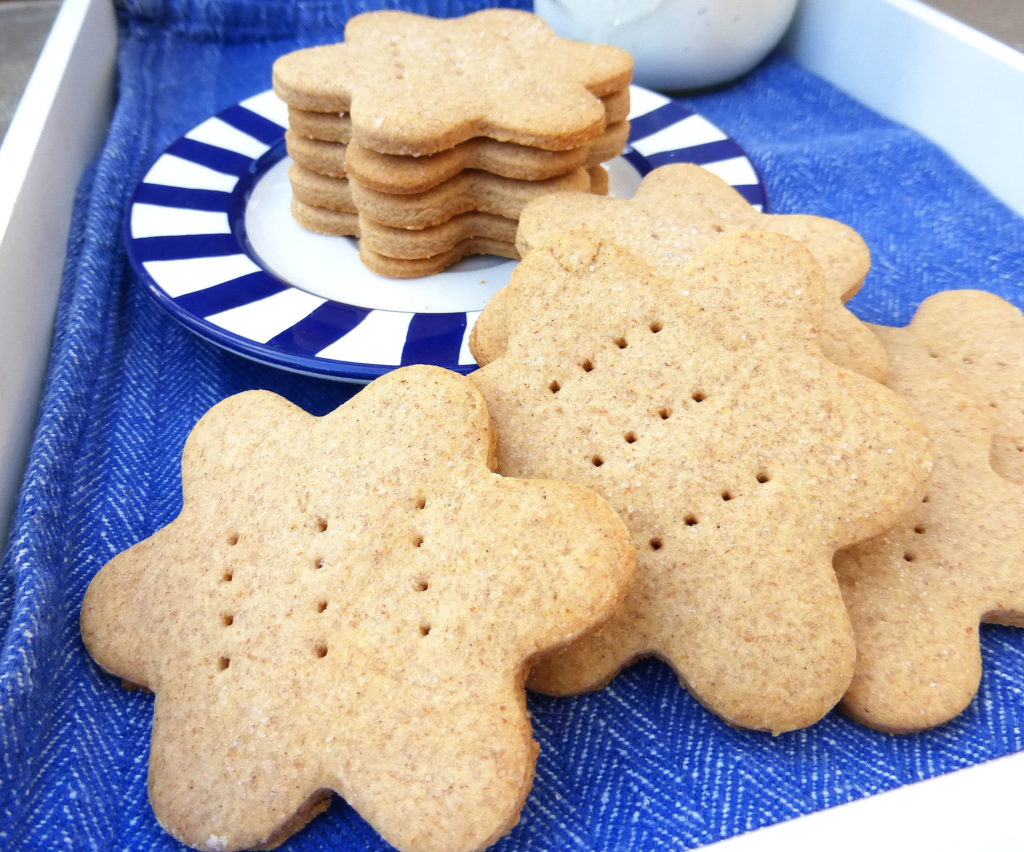 Having no idea how to make a Graham cracker, I needed help. I borrowed this recipe from Handmade Charlotte (I think I chose this one mainly because she didn’t bow down to tradition and go all boring square, either).

I stuck to the original recipe pretty much. However, I have to own up to forgetting to refrigerate the dough before cutting the cookies out. While we are on with confessions, here’s another: I rarely let my cookie dough rest in the fridge. I personally don’t notice any difference, and as these don’t spread at all, don’t really see that it’s necessary. 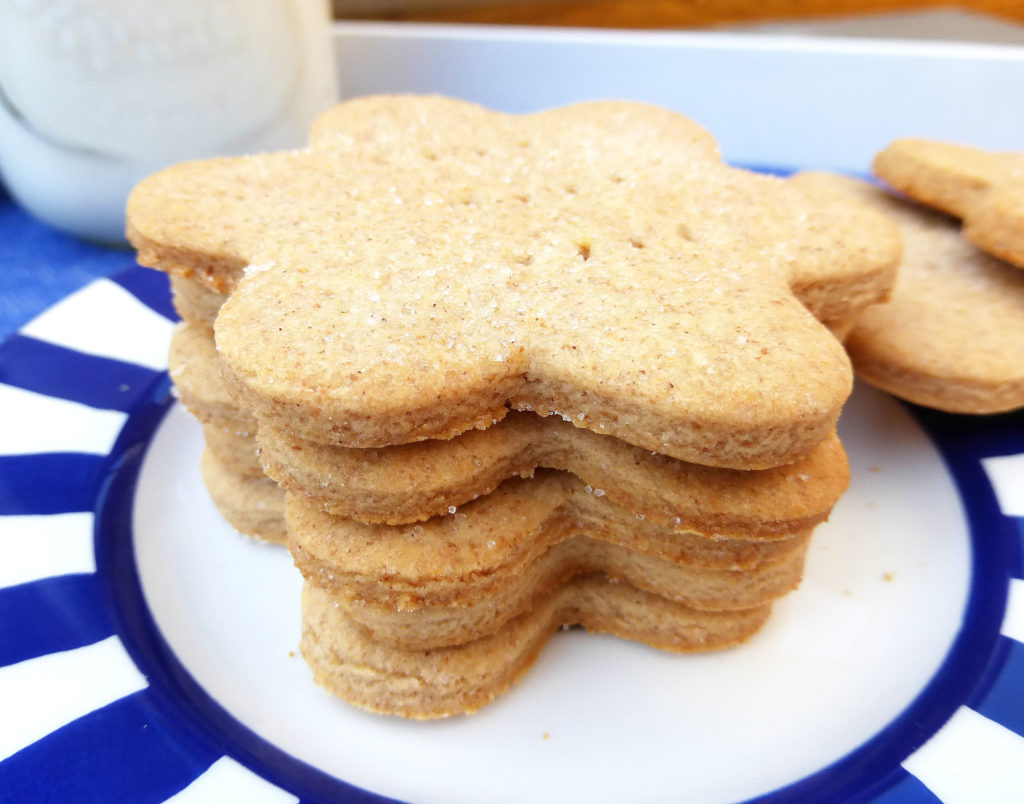 The measurements below were enough to make around 24 cookies, but mine were fairly large. They lasted fairly well in an airtight container but did soften a fair bit, so if you haven’t got loads of hungry mouths to feed, you could easily halve the ingredients and make less. 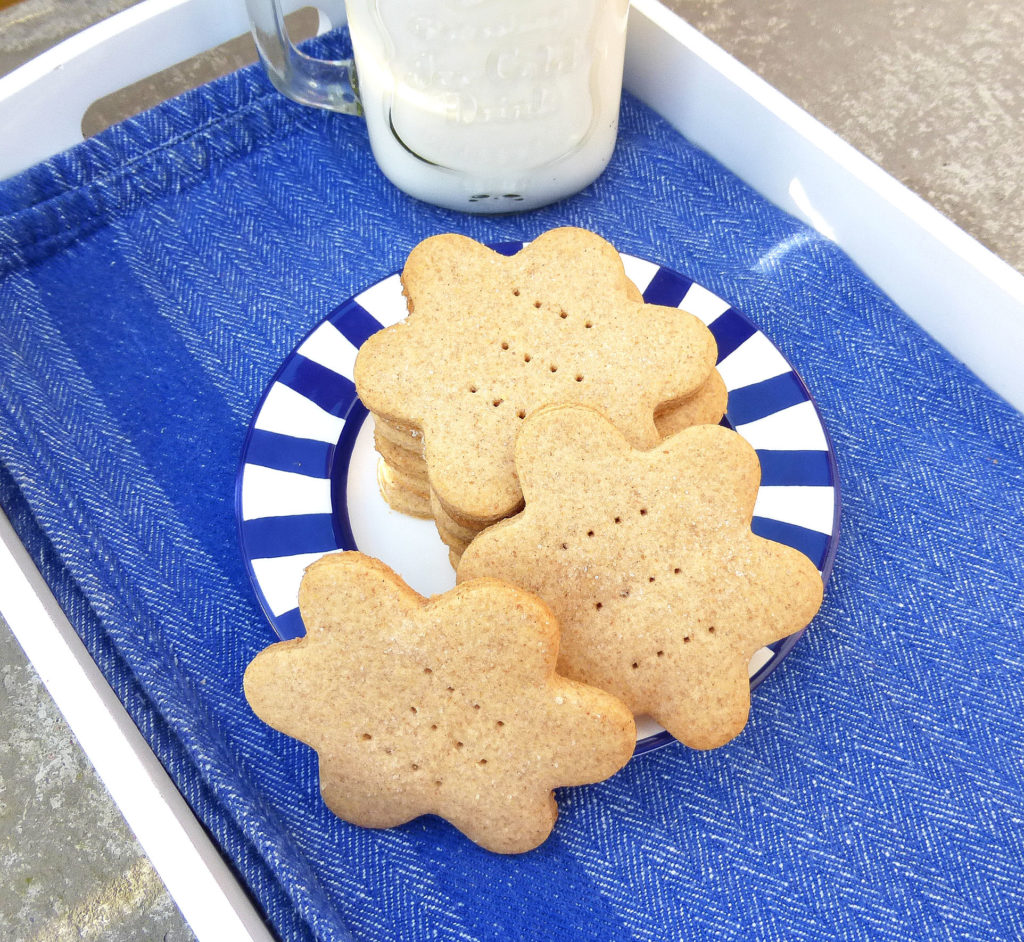 ~ Add the flours, sugar, salt, baking powder and cinnamon to a food processor and quickly blitz to get everything well combined. Next, on a slow setting, drop in the butter a bit at a time and work until you end up with a crumb-like consistency.

~ In a separate bowl mix the honey, molasses and three tablespoons of water, then add to the dry ingredients. Still on a low setting, work until the crumbs begin to pull together to form a dough. If you need the remaining one tablespoon of water, add that now, a touch at a time.

~ Form into a ball and roughly cut into two pieces (I find it easier to roll out smaller balls as I have fairly limited space. However, if you have the room to roll the dough out in one go, skip this step).

~ Roll out each piece on a sheet of baking paper and aim for a thickness of about 1/8 inch. Take your chosen cutter and carefully cut out your cookies. Roll any spare dough back up again and repeat. If you've split into two pieces like me, do the same with the second.

~ Take a fork and make three or four lines of holes and then sprinkle each cookie with a little sugar. Place on the prepared trays (they don't really spread, so don't have to be miles apart) and bake in the middle of the oven for around 15 minutes, just until the edges are starting to brown.

~ Remove and let sit for around five minutes before transferring to a wire rack to cool completely. Enjoy!