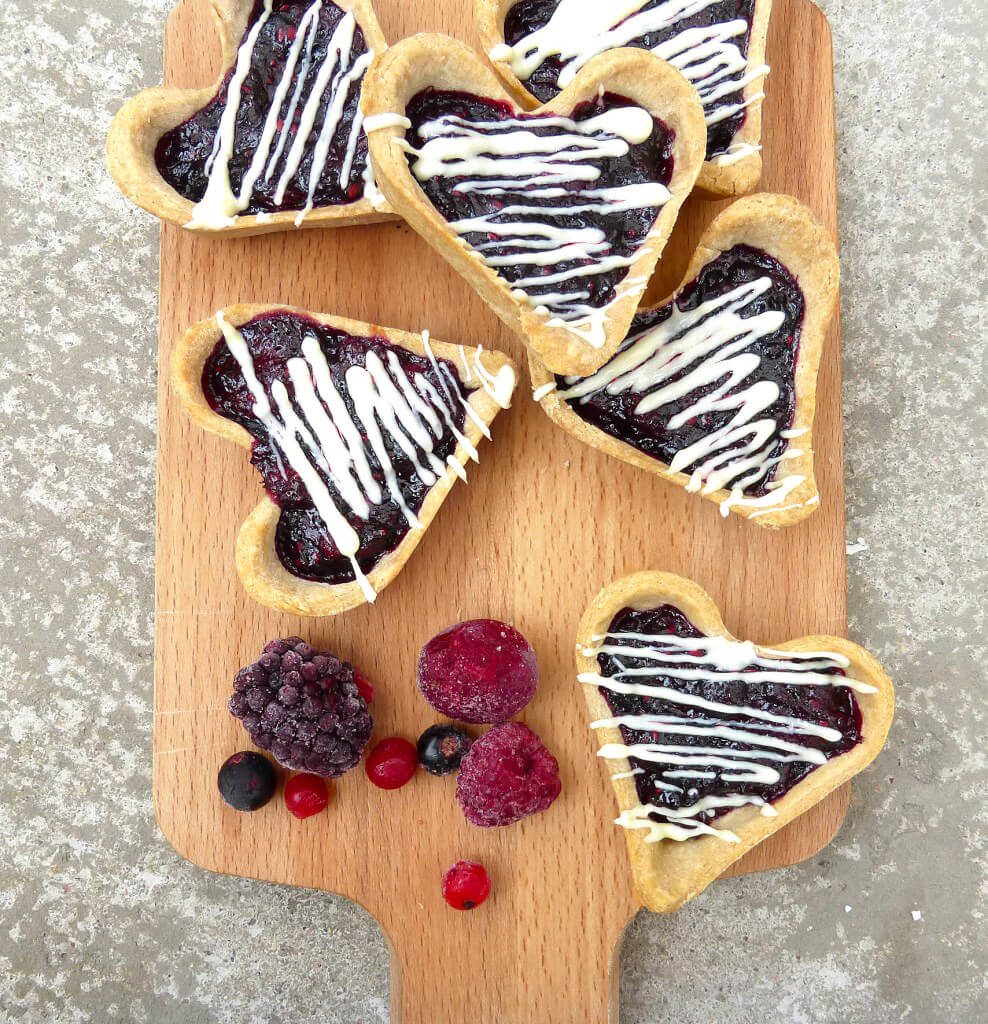 Recipe was originally posted in May 2017 but has been updated with new photos (recipe remains the same) and re-published.

When I was a kid, my mum used to make jam tarts out of leftover pastry. She’d fill them with jam (whatever flavour she had) and overbake them within an inch of their lives, resulting in dry pastry topped with almost completely evaporated sickly sweet jam.

My mum’s dinners were the best in the world (still are), but she didn’t fare as well in the baking department. Her disastrous Yorkshire puddings and flat-as-a-pancake cakes were the butt of many a family joke. Bless her.

Ask most people in the UK and I am pretty sure they’ll have similar memories about jam tarts. Okay, maybe not the dry part, but certainly using up leftover pastry to make them. 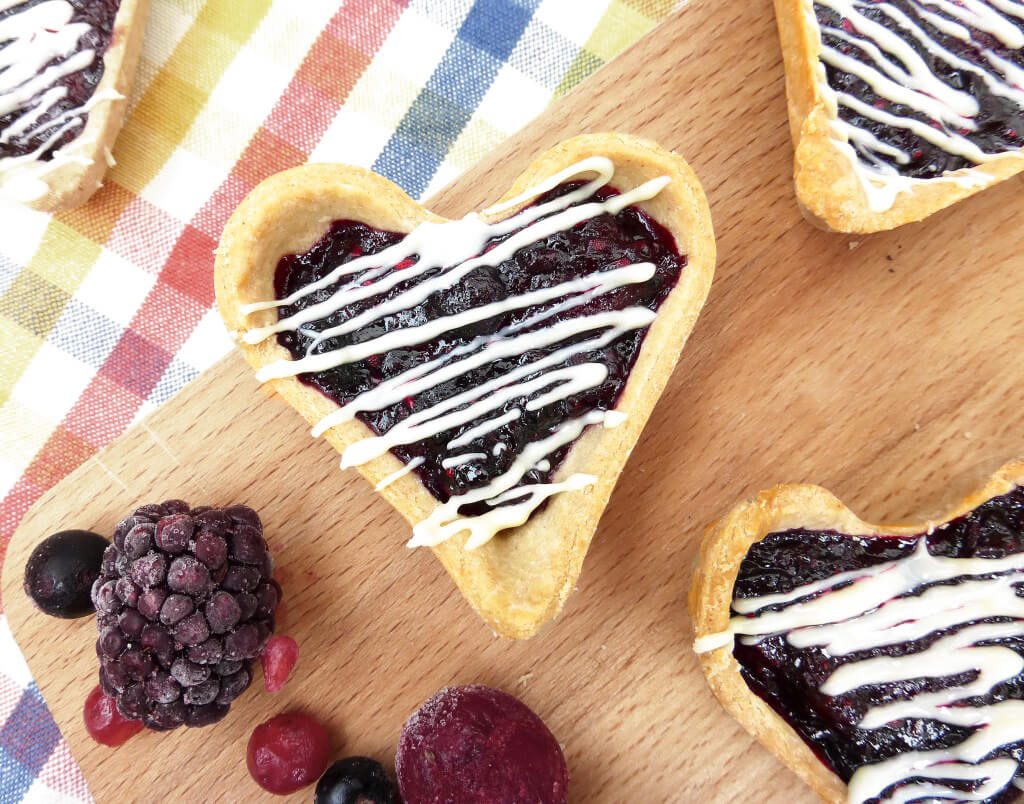 One of my friends mentioned jam tarts a while back and it made me remember the ones we had, so I decided to make my own. I went for gluten free pastry (from scratch) and topped them with homemade jam.

The recipe is fairly low in fat (definitely in comparison with regular pastry dishes) and when using my homemade berry chia jam, has no refined sugar.

That said, I did drizzle a little white chocolate over the top but this was just to make a pretty contrast in my photos. It also adds a tiny touch of sweet which contrasts nicely with the tart jam, but it isn’t necessary and the tarts would be just as good without it.

The measurements below made six jam tarts. I used a heart-shaped pan, but a regular muffin pan would work just as well. 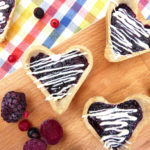