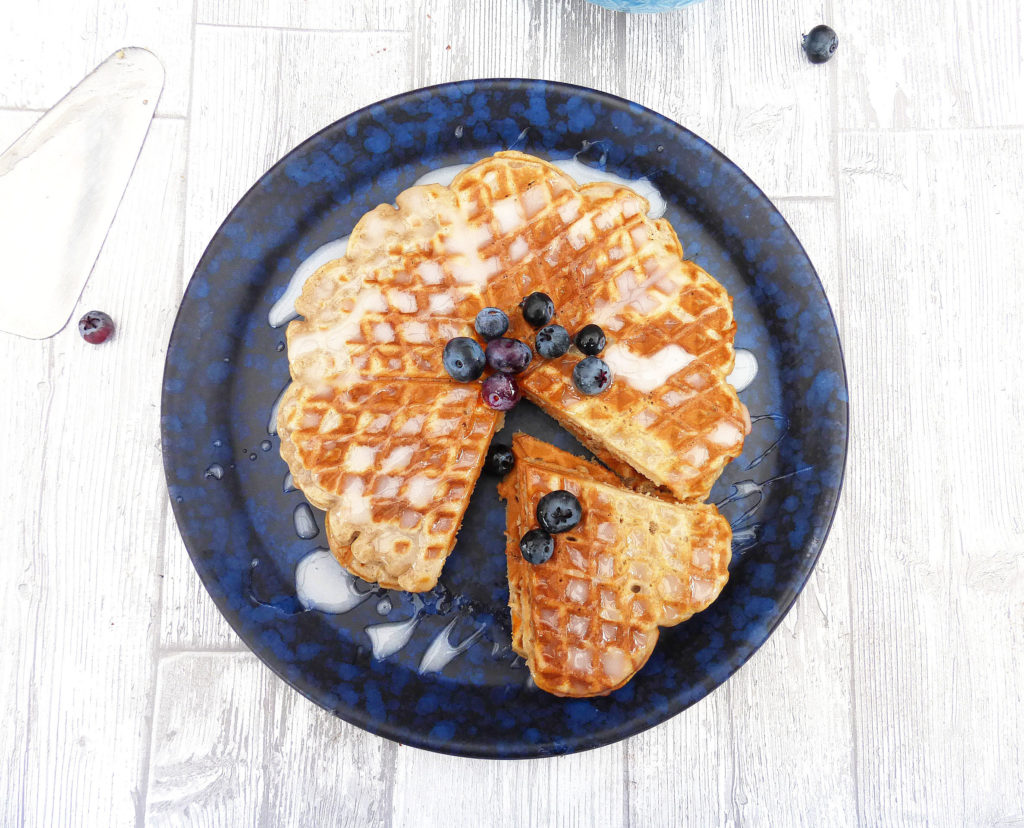 We often have gluten free waffles at the weekend and coming from Sweden, have a soft spot for cinnamon buns. 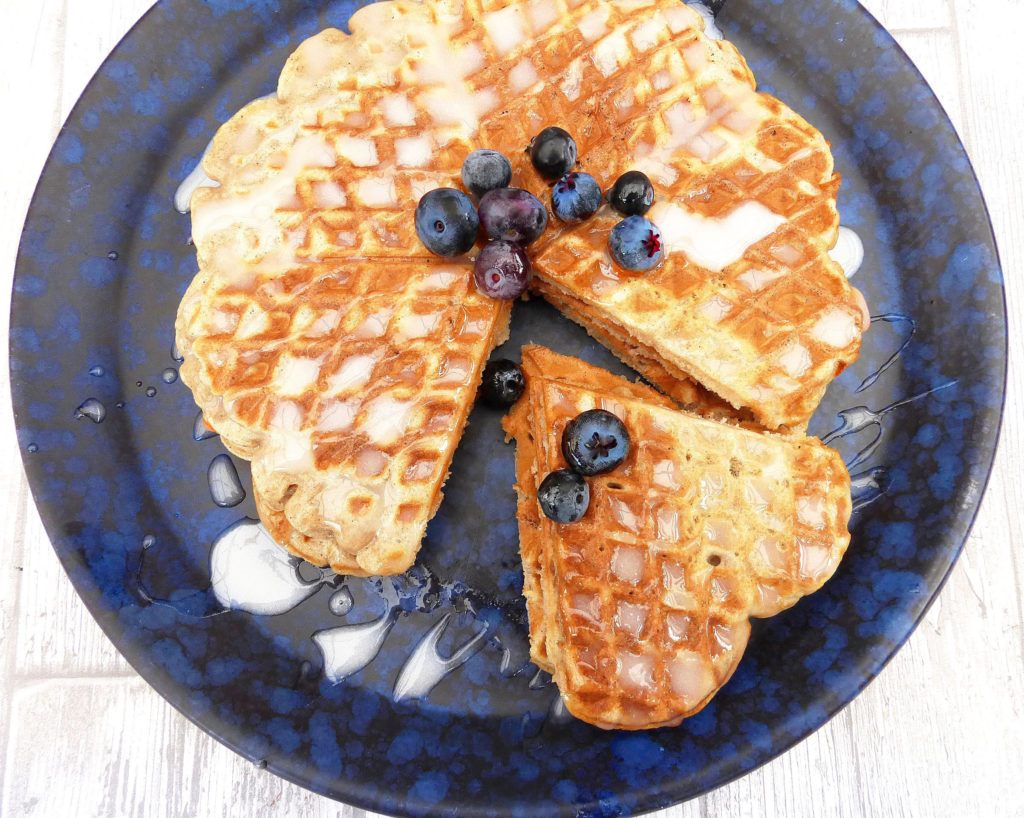 So, I thought why not get a cinnamon bun stroke waffle kind of feeling going on? Why not, indeed.

These really do remind me of our favourite sweet buns; in fact, my youngest son said they tasted more like cakes than waffles, and from him, that’s a mighty fine compliment. 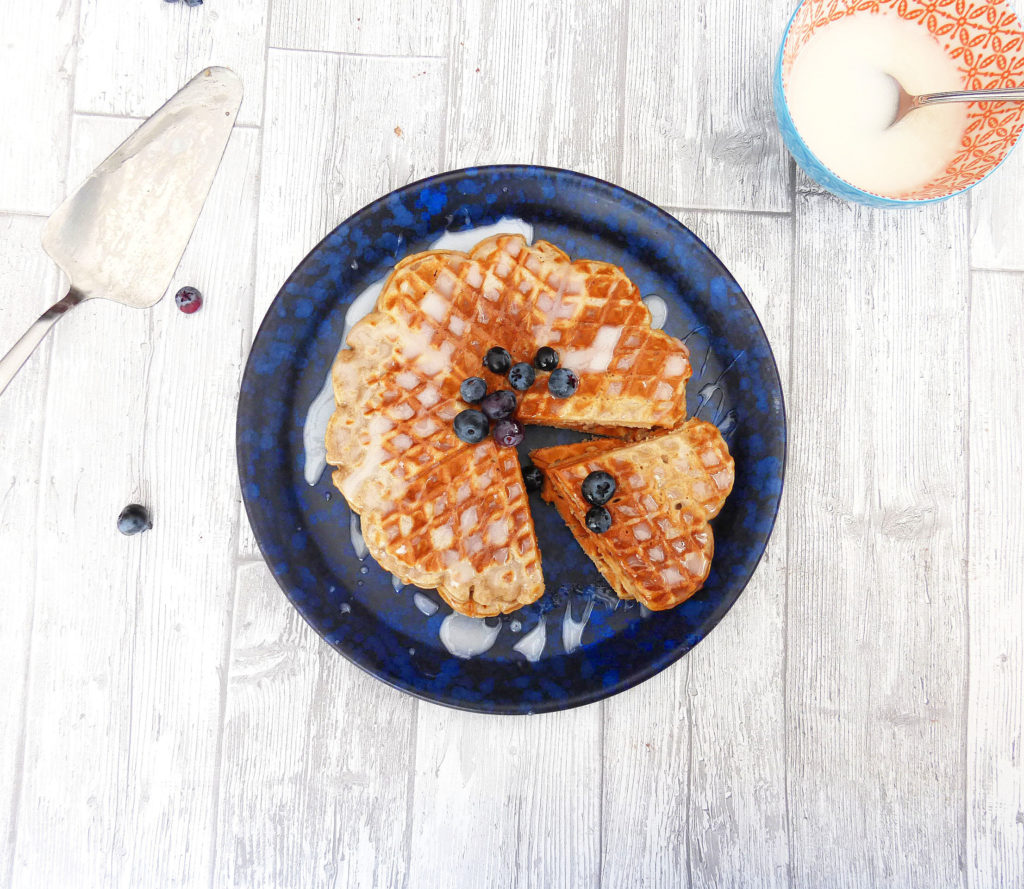 The funny thing is, five minutes previously, said son had complained bitterly about how he hated gluten free anything. That he hated how we had to have gluten free everything.

Trying hard not to jump on the table and shout “TOLD YOU SO!” while wagging a self-righteous finger manically in his face, I merely smiled and advised that perhaps he should try something first before assuming it didn’t taste nice. 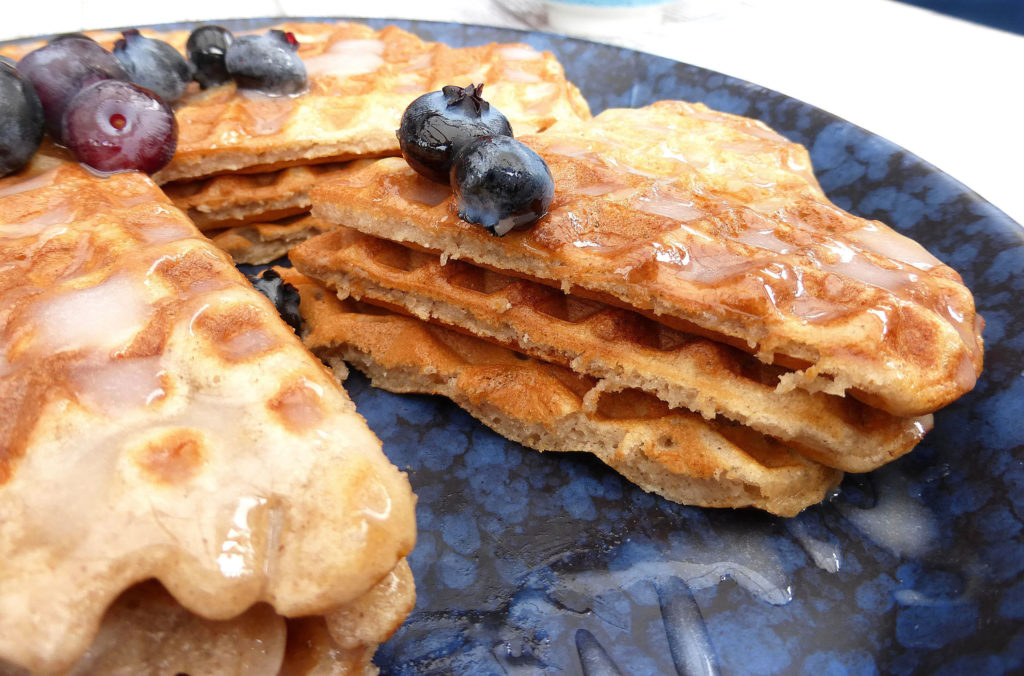 One thing I love about waffles is how accommodating they are towards gluten free flours. I’ve used store-bought blends, oat flour and buckwheat in the past (or a mixture of all) and they’ve never failed me. And of course you could use regular flour if you don’t need them to be gluten free. 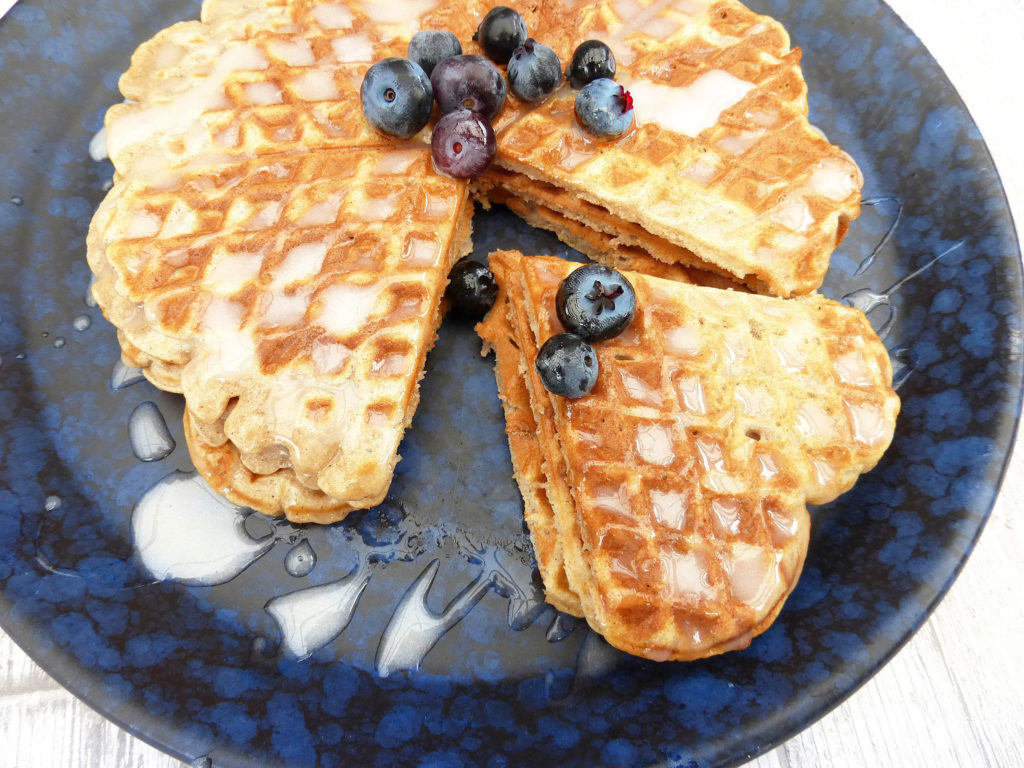 The measurements below were enough to make eight waffles ( four were snaffled before I managed to take pictures).

~ Add all dry ingredients to a bowl and combine well.

~ Whisk all wet ingredients together. Add the wet to the dry and whisk quickly to combine.

~ Cook as per your waffle iron's instructions.

~ For the drizzle: Pour the Greek yoghurt into a bowl. Gradually sift the icing sugar in, adding just enough to make a thick, pourable drizzle. Throw a few blueberries or other fruit on top if you fancy it! Enjoy!