These gluten free brownie Christmas trees are a fun way to celebrate the festivities. 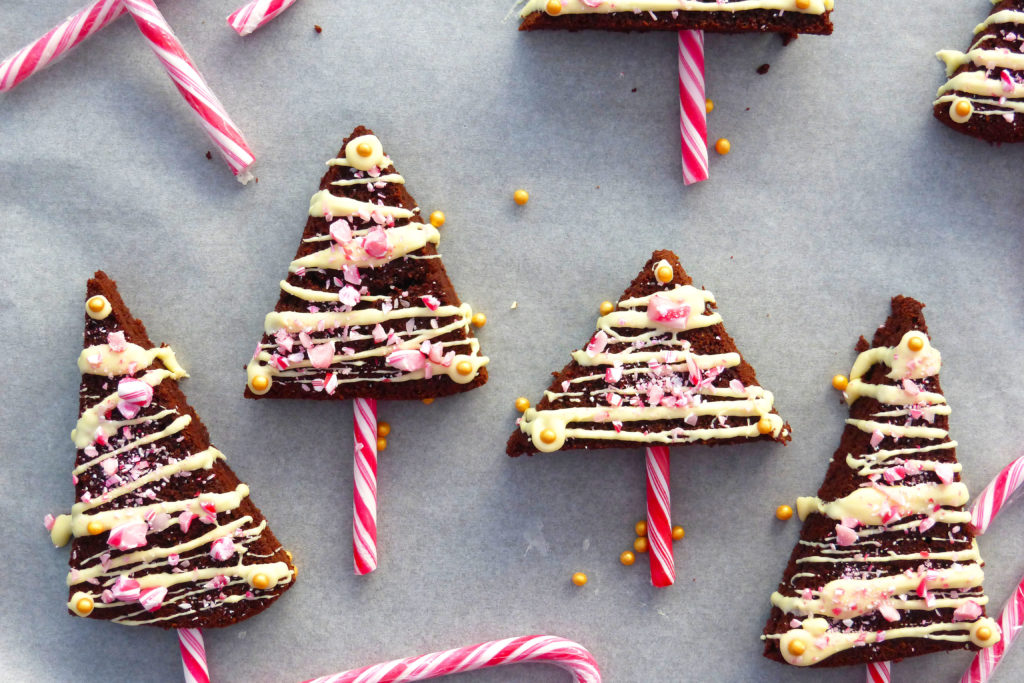 I think these are just the prettiest little things! How you decorate them is entirely flexible, too – mine are drizzled with white chocolate and topped with candy canes. 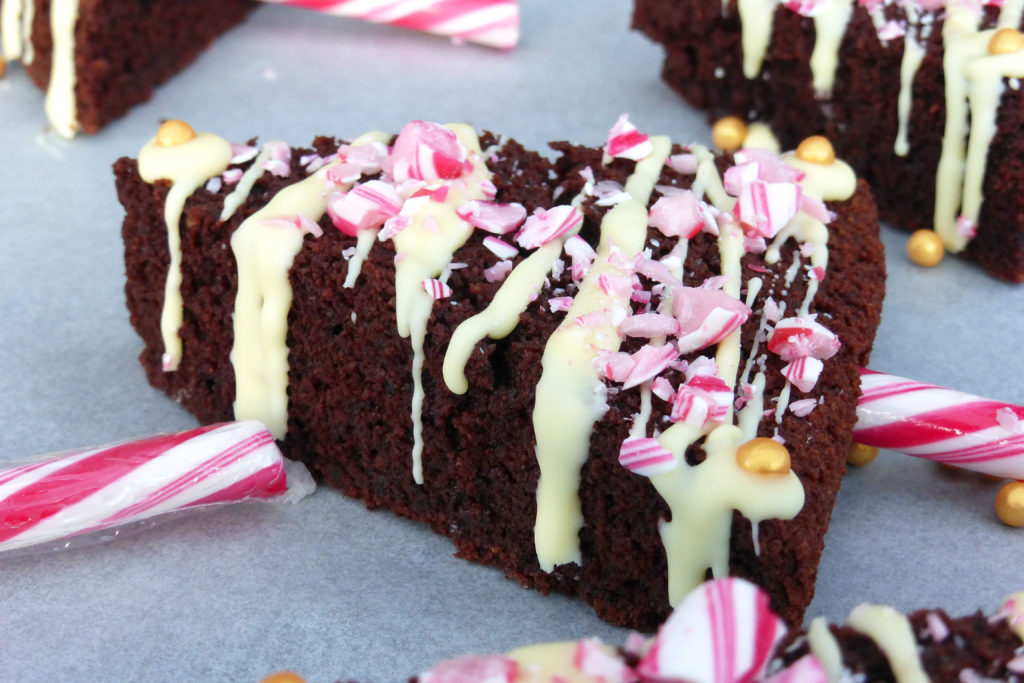 These are the second of three recipes I mentioned that include candy canes. I had originally just planned to make regular brownies but saw a great idea for making brownies into Christmas tree shapes (thanks, Sam!) and here we are! 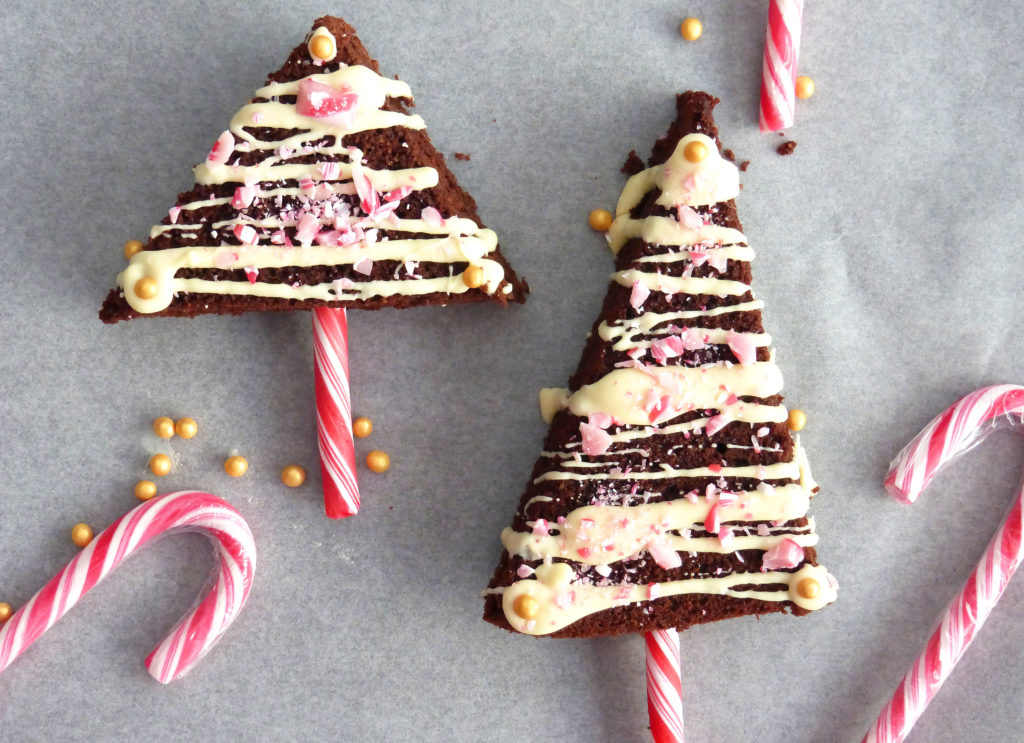 These were a lot easier to make than you might imagine.

The brownie recipe is one of my own favourites – it is gluten free and uses oat flour instead of regular flour, so make a great choice for a flexible option over the holidays. That said, you could use any brownie recipe! 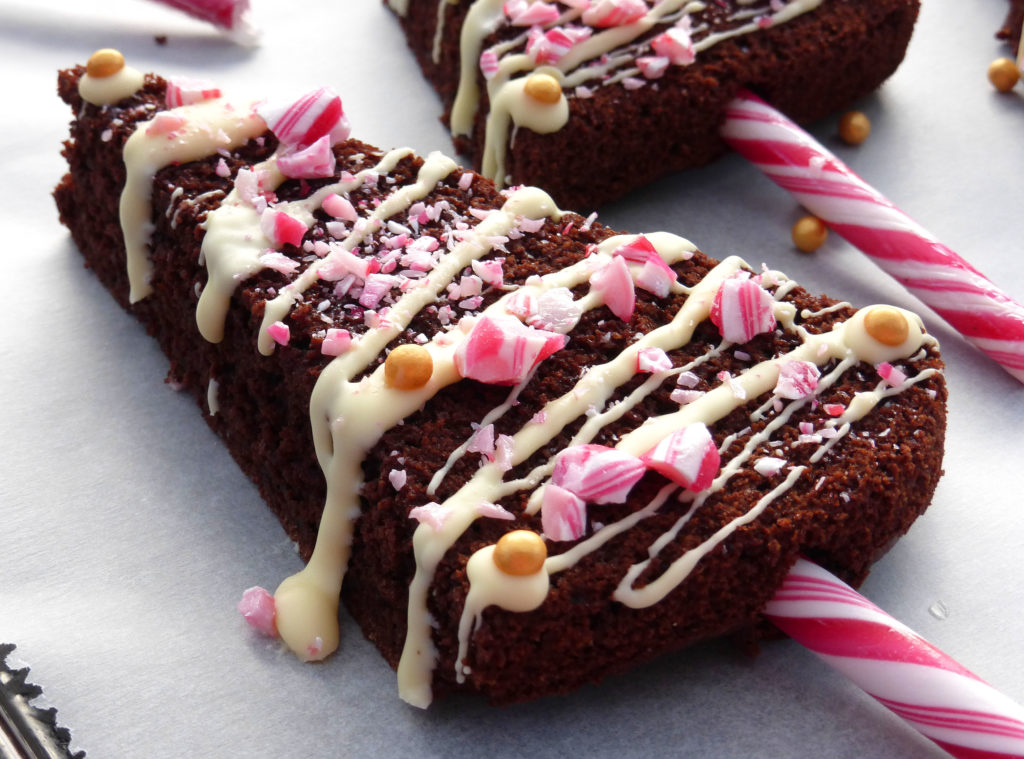 Another great thing is you can make them as big or small as you like – I cut mine a little wrong and had some cake leftover, but came out with 8 really nice-sized trees! 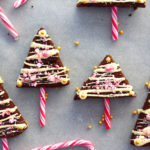 Check out my other Christmas themed recipes: