Apples and toffee are a classic autumn combo but this coconut sugar caramel apple gingerbread loaf takes it to a whole new level. 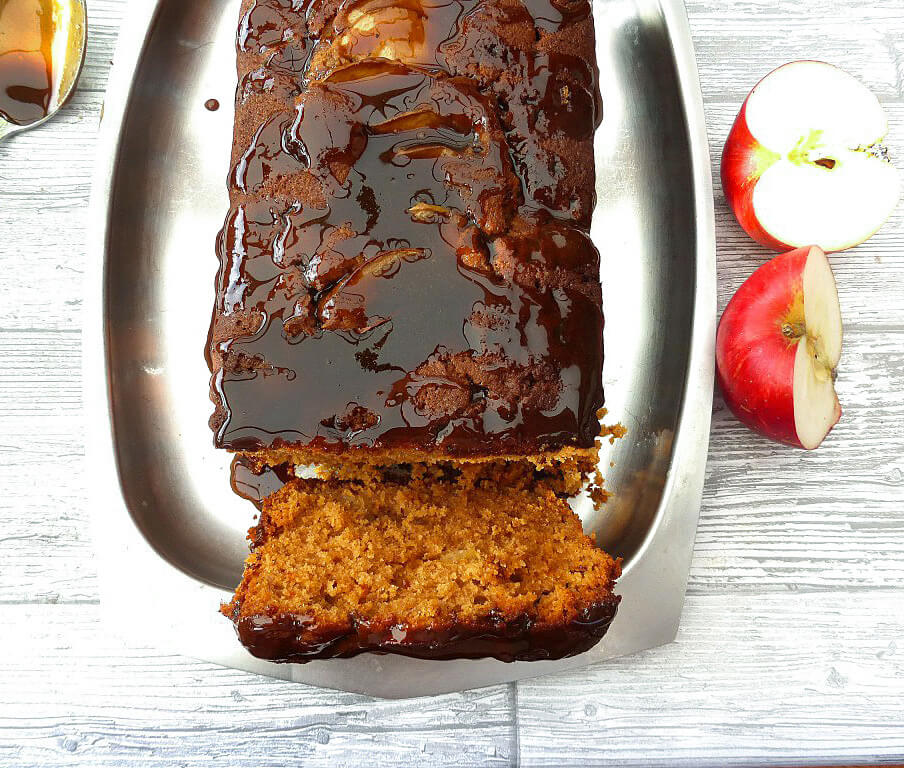 While researching for my 12 Inspiring Apple Recipes compilation a while back, one recipe particularly grabbed me. It was so pretty, sounded delicious, and seemed simple to recreate.

I said in the post’s write up that it would be making an appearance on my blog sometime soon. Here it is, my version of the gorgeous Toffee Apple Gingerbread by one of my favourite bloggers, Domestic Gothess. 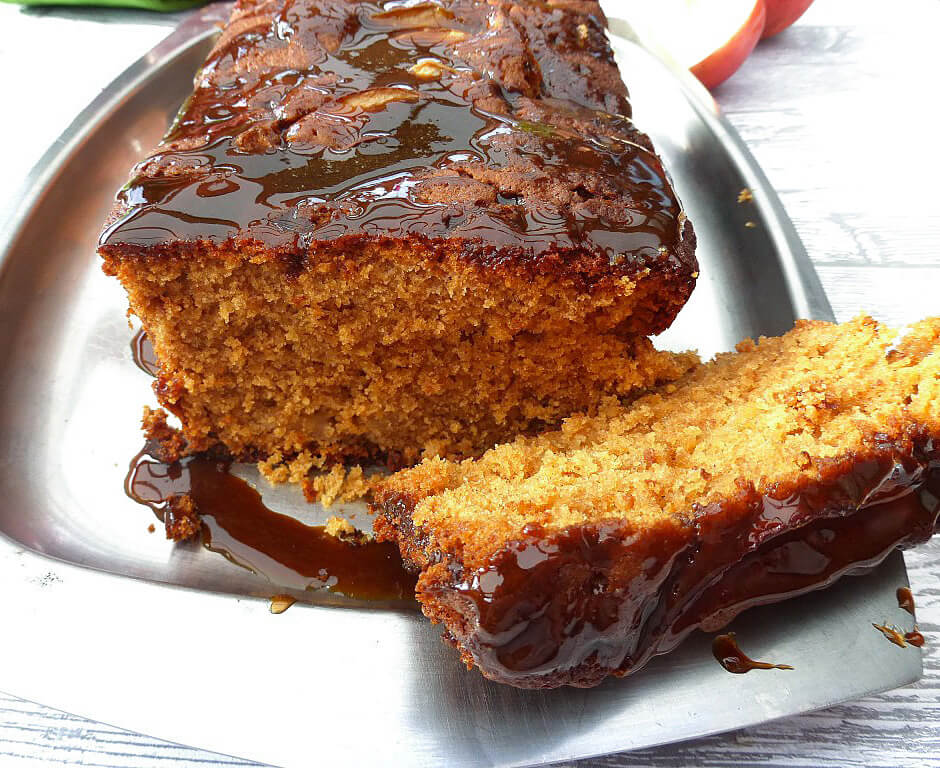 I did change the gingerbread loaf up a little – some of the ingredients are tricky to get hold of here such as treacle and Golden Syrup.

I also decided to make it gluten free. If you are in the UK and don’t need it to be gluten free, then just follow Domestic Gothess’ recipe and instructions.

The last change I made was the caramel drizzle on top. The original was melted toffee (which sounds amazing) but I had coconut sugar caramel in my head after making my Baked Figs; I thought the contrast of dark brown against the gingery sponge would look gorgeous. And it did. 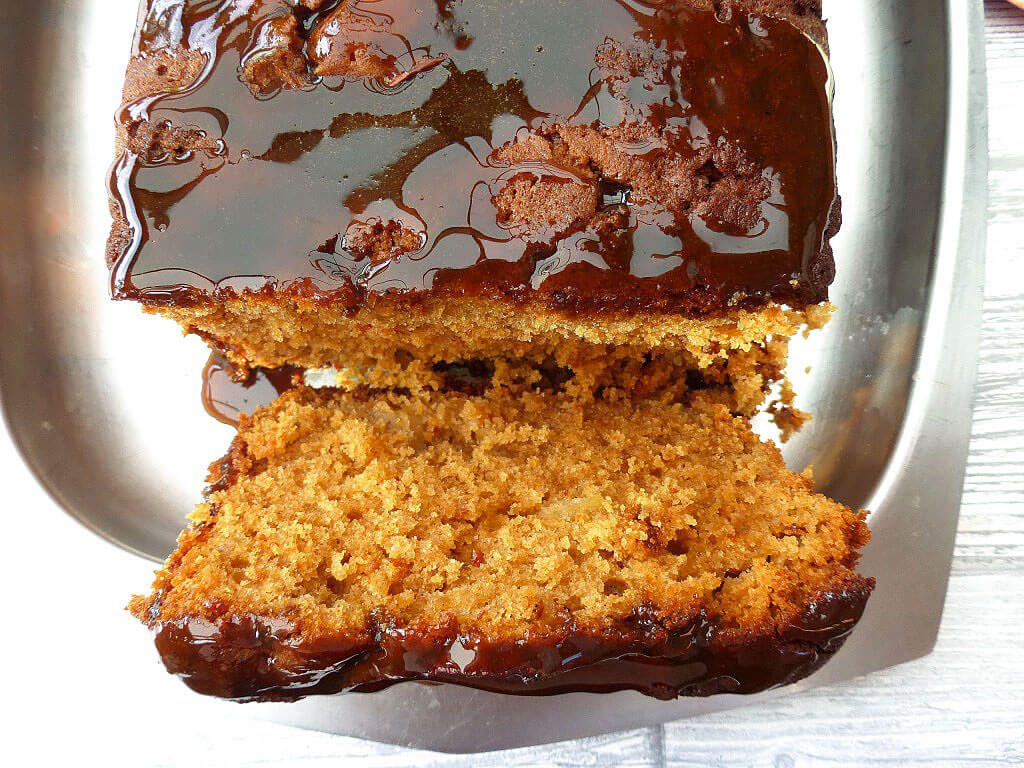 As the weather has cooled, I have been inspired by all things spiced, so this cake was just what I was craving. I also got to use up a little of the pile of apples sitting on my front step as I write.

This gingerbread loaf was divine. I mean, really. It reminded me of the Jamaica Ginger Cake I used to eat when I was a kid and the sponge was to die for.

I know I moan a bit about gluten free bread, but I tell you, in a cake, you often can’t distinguish between gluten free and regular versions.  The only difference I did note was that the cake was a touch crumblier, especially one or two days after baking, but if being crumbly is its only fault, then I think I can live with that. 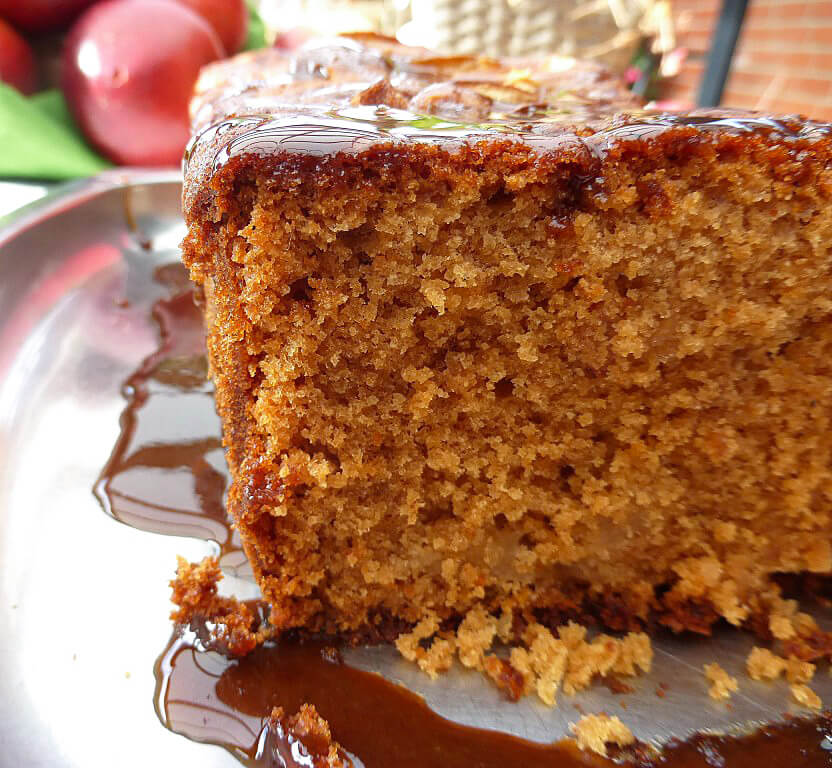 It was a good sized cake and carved into about 10 slices (some were rather larger than others. Ahem). The ton of syrup in it also makes it very sweet, so you don’t need a chunk the size of Big Ben to satisfy you!

If you’ve never stopped by to drool over the wonderful recipes from Domestic Goddess, go now! She’s amazing, and British to boot. Never a bad thing. 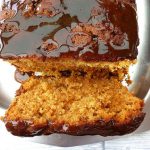 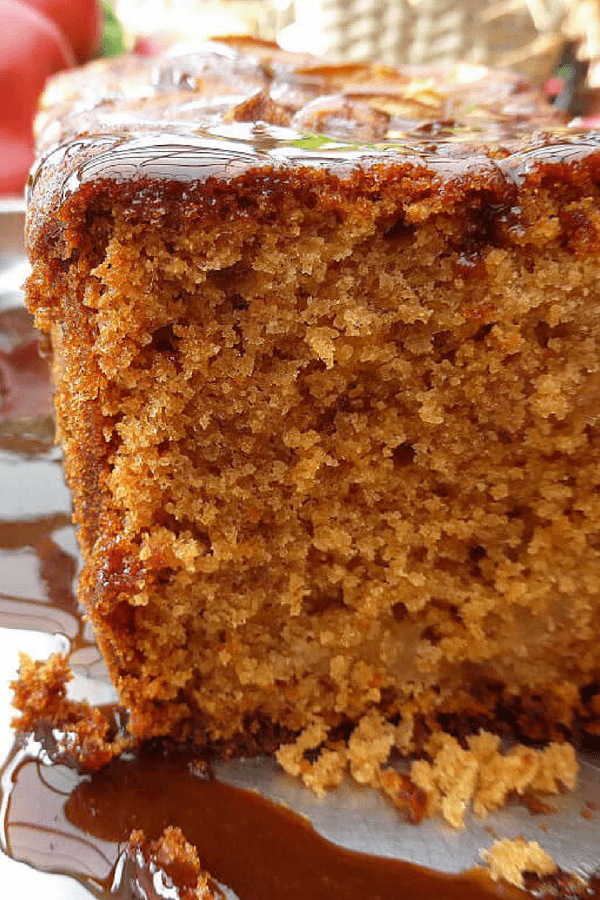 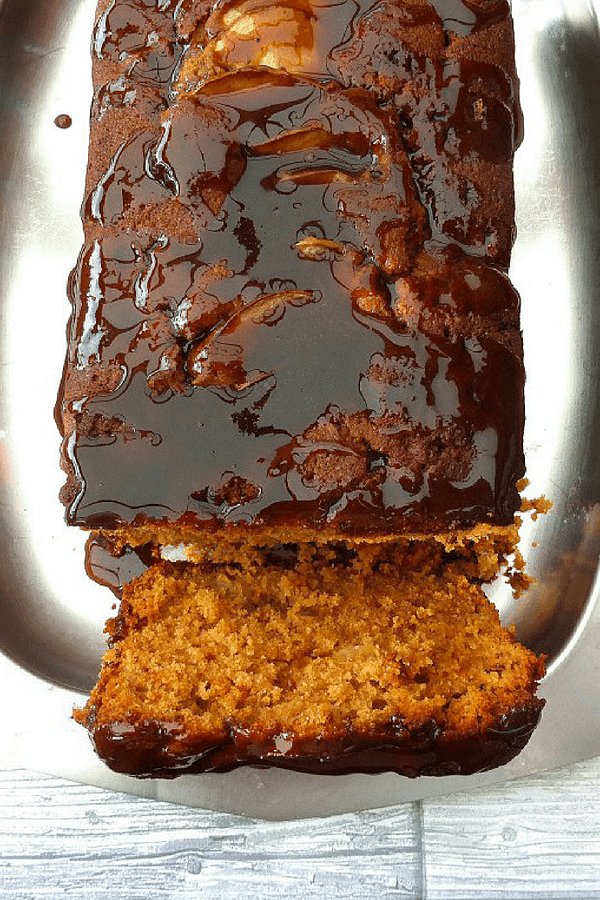