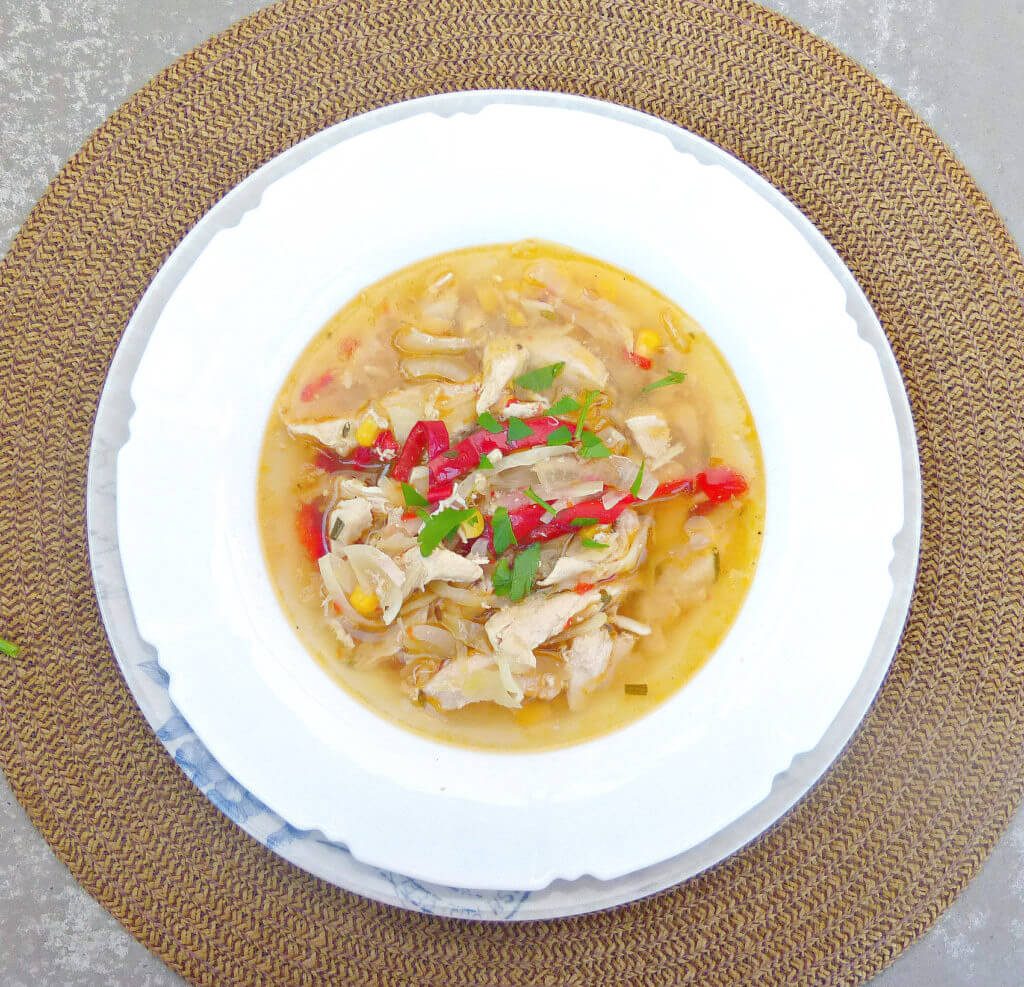 My youngest son was sick a couple of weeks ago (remember the Nutella doughnuts?) and he likes nothing better than a thin, almost watery soup. I, on the other hand, like it so thick you can stand a spoon up in it, but seeing as it was him who was ill, the thin soup won out.

This chicken cabbage crockpot soup recipe is so quick – just fling everything in the slow cooker and just leave it.  Throw whatever vegetables in you like – I normally use whatever is going mouldy in my fridge, but carrots, potatoes and broccoli would work great, too. 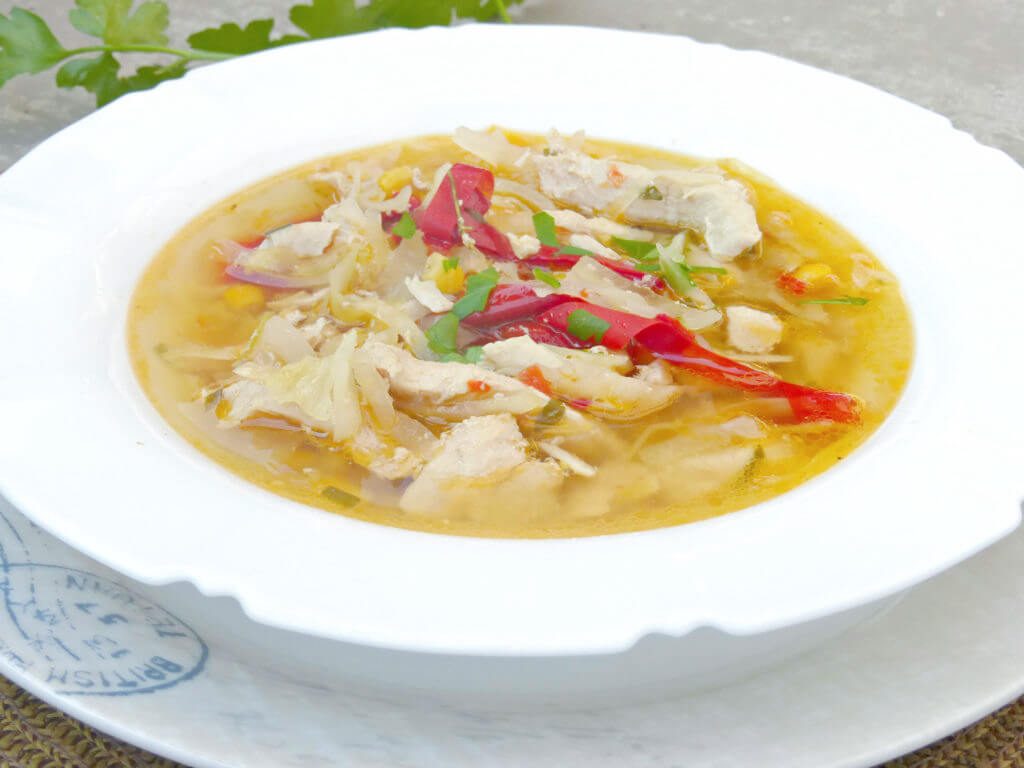 I used homemade stock as I think it makes soup taste amazing. Have a look at this tutorial if you’ve never tried it before. This chicken, sweetcorn and cabbage crockpot soup is perfect as the weather cools. It is filling, has almost no fat, is clean, gluten free and really good for you. Don’t wait until you are sick to try it!

The post was originally published in September 2016. It has been updated and re-published. 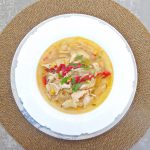 Carrot & Coriander with a Spicy Kick 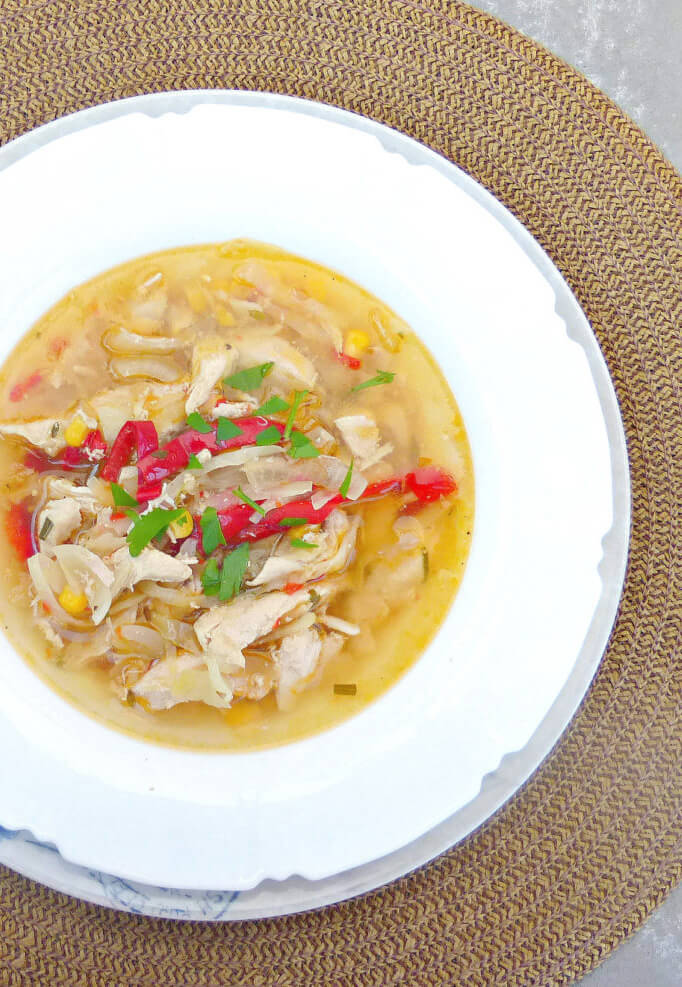